The First Step in Any IoT Project is Cable Readiness

Internet of Things (IoT) and Industrial Internet of Things (IIoT) projects can be complex. The last thing you want to worry about is whether you’re cabling will be able to handle what you throw at it. No matter if you’re working on a smart building, manufacturing plant, asset/fleet tracking system or a similar project, your first step to success is making sure your cable plant is ready for both information technologies (IT) and operational technologies (OT). Let’s look at how to tackle this goal that will ensure the success of your next IoT project.

Depending on your business vertical and technology goals, an IoT project may use vastly different hardware, software and deployment strategies. That said, the goal of any IoT project will always remain the same: to automate processes, create new efficiencies and drive business objectives. But in order to realize any of these benefits, the underlying cable plant must serve as the foundation for IoT connectivity.

Prior to IoT, IIoT and smart building systems, assuring that a cable plant was ready to take on most business tasks was relatively straightforward. Certification tests were performed to ensure the cabling could support 10Base-T, 100Base-T or gigabit speeds for use in client-server data communications. These days, however, businesses are using cable plants for a wider range of data transport use cases like real-time streaming and for supplemental tasks such as power over Ethernet (PoE). Additionally, new cabling technologies and standards including single pair Ethernet (SPE) are driving the need for different and deeper types of testing to ensure the proper operation of business-critical IoT services. Thus, it’s important to understand that cabling installers and/or network administrators must take extra steps to provide assurance to their customer/employer that the cable plant will fully support modern smart building and IoT technologies.

Understand what’s required from a network and cabling perspective

The most important thing to understand from a cabling perspective is what you plan to connect from end to end. Yet there are many things that must be considered. As mentioned, this is especially true when working with IoT devices that can vary greatly in terms of what they require from the network. In general, IoT must address three key areas from a network cabling perspective: speed, power and distance.

Speed has to do with the throughput and latency needs required by the IoT devices for them to function appropriately. Power is whether the IoT endpoints will be fed low-voltage power over the cabling using power over Ethernet (PoE) technologies – and at what levels of low-voltage output they require. Finally, distance refers to the maximum length of cabling that will need to be run to connect all components.

For standard cabling projects, testing methods are relatively straightforward. But when you’re talking about IoT, there is far more to consider. For example, some IoT projects such as ultra-high-definition surveillance cameras may require multi-gig Ethernet speeds and POE++ power output options. Thus, the cabling used for this IoT project must meet or exceed a much higher level of speed and throughput standards compared to some other projects. If multi-gigabit speeds are part of an IoT or smart building project, understand that the time taken to run assurance tests for higher speeds on a copper cable can vary widely from one test tool to the next. For example, many multi-gigabit testers use bit error rate tests (BERT) to provide assurance that the cable will operate at multi-gig speeds. However, a BERT takes a significant amount of time – up to an hour — to produce meaningful results. AEM, on the other hand, uses a signal to noise ratio (SNR) test to provide more accurate results of multi-gigabit capabilities under load (both traffic and PoE), as the link would be impacted under real-world operating conditions. The second benefit of SNR compared to BERT is that each test takes significantly less time to complete Thus, for cable projects where hundreds or thousands of multi-gigabit tests must be performed, minutes saved per cable can quickly add up.

Multi-gigabit IoT projects would likely require Category 6A or better cabling to be installed and thoroughly tested in order to meet the necessary speed requirements of the endpoints. The following diagram can be used as a general guide as to when Cat 5e, Cat 6 and Cat 6A should be used for 2.5 and 5GBASE-T Ethernet. For 10GBASE-T Ethernet, Cat 6A or higher cabling is always recommended:

There are also IoT projects where end devices don’t need much power or speed – but instead require very long cable runs. For these types of projects, standard four pair Ethernet and PoE standards may be able to exceed requirements from a speed and power perspective — but fail to deliver on distance requirements. Instead, alternative Ethernet and cabling standards may be a more appropriate option. For example, the IEEE has recently announced the 802.3cg 10Base-T1 standard that specifically addresses IoT projects that are lower in speed/power needs – yet require very long-distance cable runs. 10Base-T1 can provide up to 10 Mbps throughput and 13W of power while running at distances up to 1000 meters in length. 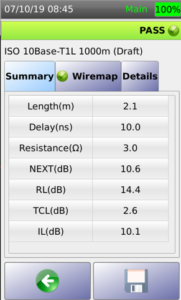 What’s even more interesting is that this standard runs over single pair copper cabling as opposed to four pair cabling which is the norm for most other Ethernet installations. Single pair Ethernet (SPE) also provides the benefit of lower cost, thinner and lighter cable runs. It’s a great option for IoT projects that fit those requirements.

Lastly, always remember that fiber optics may be the best physical layer transport for your IoT project. Fiber boasts several benefits over copper including far greater speeds and distance limitations. While fiber is typically more expensive to install compared to copper, know that the longevity of fiber cabling is far greater when compared to twisted-pair alternatives. Additionally, a properly installed fiber plant can last for decades. Upgrades to speed/latency over fiber can be accomplished by changing out the single-form pluggable (SFP) while using the same physical fiber medium.

The same cannot always be said for the copper plant that often requires cable replacement to achieve speed and latency gains. Fiber optics are also immune to external factors that can interfere with copper cabling. For example, fiber can operate in areas of higher temperature and is not susceptible to the effects of electro-magnetic interference.

It’s widely understood that new cabling projects should be fully certified by the installer. That said, many IoT projects seek to re-use cabling that already exists. Be sure to note that one cannot simply assume this cabling is going to perform as needed. This is especially true given the widely varying speed/power/distance requirements inherent in IoT projects.

To avoid troubleshooting headaches that can negatively impact the speed of an IoT rollout, be sure to also thoroughly certify or qualify all existing cable runs. This not only includes cabling that connects IoT endpoints and sensors – but all switch uplinks as well. Remember that IoT is known to significantly increase throughput on the network backbone. It’s therefore critical that the physical uplink cabling be tested to be certain there are no defects that could impact performance.

Yet another cable readiness step relates to IoT devices that will be connected via WiFi. With highly dense wireless IoT deployments, bottlenecks can occur between access-layer switches and the WiFi access points (WAPs) they connect to. If your IoT project calls for the rollout of WiFi 6 or WiFi 6E capable access points to accommodate more density from a wireless perspective, than existing cabling will have to be re-tested and potentially re-run. Current enterprise-grade WAPs can reach theoretical speeds up to 9.6 Gbps. The uplink(s) to the WAP should therefore be able to meet or exceed those speeds. This can be accomplished by running multiple copper cables to WAPs that have multi-port functionality. Alternatively, multi-gig Ethernet can be used if the current cabling has been certified to operate at these higher speeds. Also consider that newer access points may require more PoE power draw compared to previous generation WAPs.

When it comes to testing cabling for IoT readiness, there are two distinct groups that require different types of test tools. On one hand, we have cable contractors and third-party system integrators that will be required to fully certify newly run cabling for an IoT project. For this group, the AEM TestPro provides full cable certification tests that can be used to warranty the installed cabling directly from the manufacturer. For those that require full certification, TestPro delivers a best-in-class 6-second auto certification test that can also be configured to include optional pass/fail ANSI and TIA test standards that are especially important for IoT cable readiness. These additional tests are included in test parameters designated with a (+) when testing permanent links and (++) when testing channel links, and include:

Additional tests that can be performed are

Below is a chart that lists several of the common pass/fail tests that should be considered when testing for IoT-based projects:

In-house network administrators, on the other hand, will likely be more interested in assuring that existing cabling will be able to operate within the requirements of the IoT device that’s to be installed. For this group, AEM’s Network Service Assistant (NSA) is a tool that fills the gap between basic verification/qualification test tools and more expensive cable certification tools like the TestPro. NSA performs all the necessary multi-gig speed, PoE load, wired and wireless network connectivity testing that the TestPro offers.  From a twisted pair testing perspective, the NSA offers Certi-Lite to ensure the link under test meets the ANSI/TIA CAT5e, CAT6, CAT6A test standard, with a single-ended test, and offered at a lower price point, than having to purchase multiple testers to get this much test function. This makes NSA the ideal all-in-one tool for administrators that are looking for a robust and full-featured IoT cable test solution. 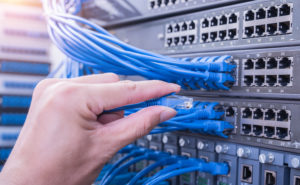 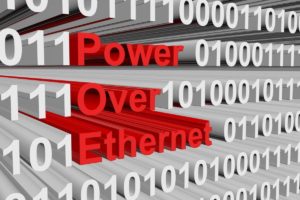 Looking at the challenges of a typical Internet of Things (IoT) rollout, the biggest hurdle usually isn’t how to connect IoT devices to the LAN. Instead getting power cheaply and reliably to the device is often a far more difficult problem. 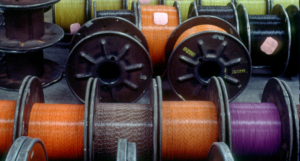 Why Manufacturer Cable Warranties are So Important

We always want to get the most value out of our investments. Looking at copper and fiber cabling plants, one of the 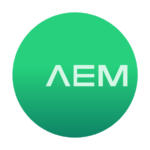 Reach out to us

This website uses cookies to improve your experience while you navigate through the website. Out of these, the cookies that are categorized as necessary are stored on your browser as they are essential for the working of basic functionalities of the website. We also use third-party cookies that help us analyze and understand how you use this website. These cookies will be stored in your browser only with your consent. You also have the option to opt-out of these cookies. But opting out of some of these cookies may affect your browsing experience.
Necessary Always Enabled
Necessary cookies are absolutely essential for the website to function properly. These cookies ensure basic functionalities and security features of the website, anonymously.
Functional
Functional cookies help to perform certain functionalities like sharing the content of the website on social media platforms, collect feedbacks, and other third-party features.
Performance
Performance cookies are used to understand and analyze the key performance indexes of the website which helps in delivering a better user experience for the visitors.
Analytics
Analytical cookies are used to understand how visitors interact with the website. These cookies help provide information on metrics the number of visitors, bounce rate, traffic source, etc.
SAVE & ACCEPT